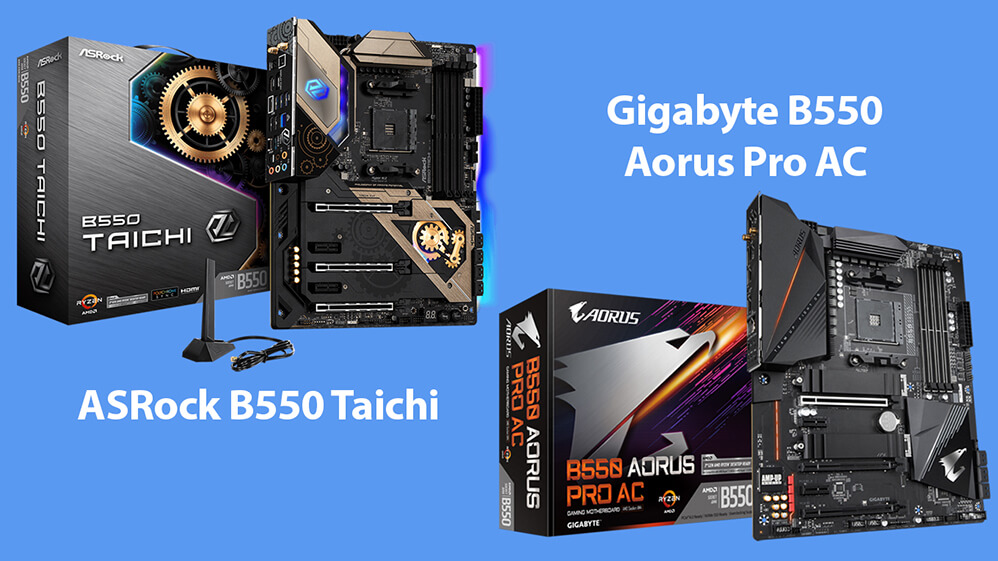 AMD is very successful with its Ryzen series processes because of its low price and reliable performance over competitors. Recently AMD announced their two budget processors, the Ryzen 3100 and 3300x with B550 chipset motherboards. In 2019, AMD announced they are working on new budget-friendly chipset motherboards, but they delayed their release due to some reason. AMD users await these motherboards because they are the same in performance as the x570 chipset, but entry-level boards are much cheaper than them. Recently some motherboards are listed on shopping websites, including Newegg, and you can pre-order them if interested. 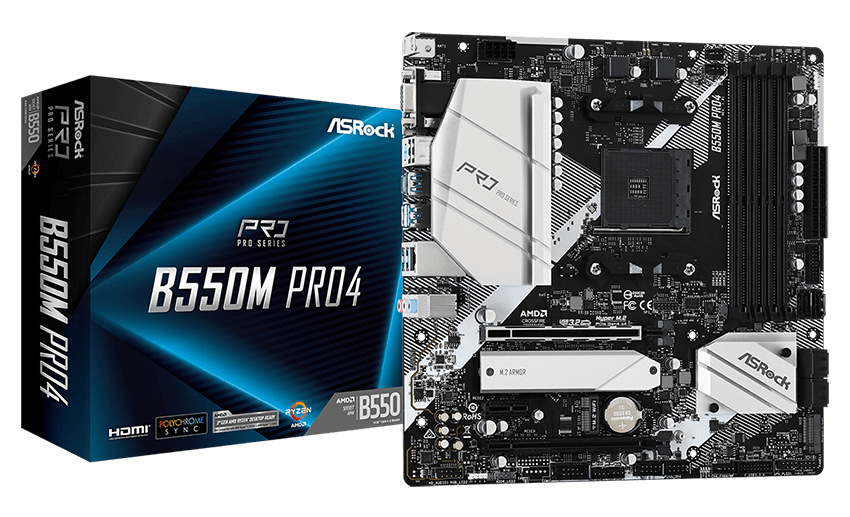 Performance-wise these motherboards come with PCI Gen4 and M.2 Gen4 slots, which have double bandwidth from Gen3 and give better performance. Also, these motherboards are equipped with USB 3.2 Gen2 ports with a data transfer speed of 10GBPS. All these features are only available in x570 chipset as of now, and B450 and x470 chipsets lack them. Processor compatibility of these boards is also excellent as they support almost every model x570 chipset supports. So if you already own a B450 chipset board, it’s a worthwhile upgrade for your build.

As per the prices on Newegg, the cheapest motherboard you can get is priced for $114.99, which is from ASRock, while the most expensive board is listed for $299.99 and its ASRock Taichi. You might already know that motherboards from the Taichi series are targeted for enthusiasts and are very expensive. On the other hand, the cheapest motherboard with x57 chipset you can get is for 159.99$, so I recommend you give it a look if you are considering any high-end motherboard from the B550 chipset. Newegg listed about 25 motherboards with B550 chipset from mid-range to high end, and all of them are from well-reputed brands like ASUS, ASRock, Gigabyte, and MSI. 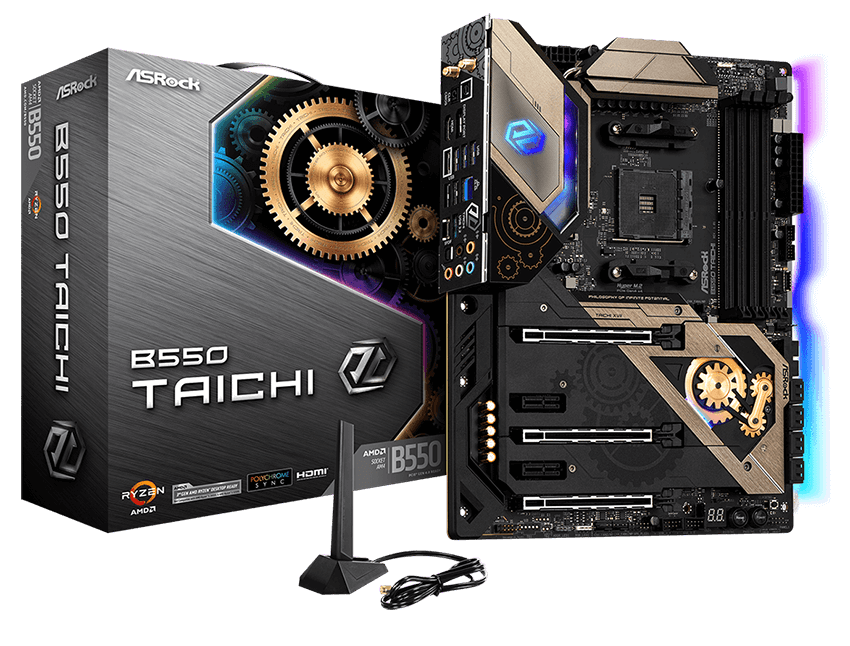 As I’ve said earlier, the most potent motherboard in this list is from ASRock Taichi lineup, which comes with 16 Phase Power Design VRM, and the four DIMMs accept a maximum memory of 128GB. If you are looking for serious overclocking and want something above average, this motherboard might be the best choice if budget is not a problem. One best thing on this board is the support of multiple graphics cards, which you can configure in 3-Way Crossfire. For storage devices, it has eight SATA6 slots and two M.2 Gen4 slots. This motherboard has all premium features, including onboard Wi-Fi, High-speed Ethernet port, and much more. 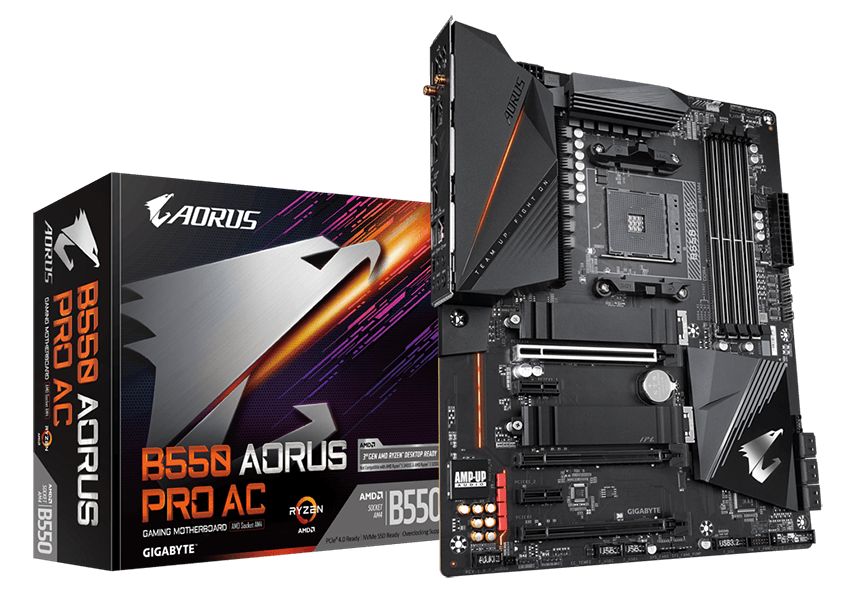 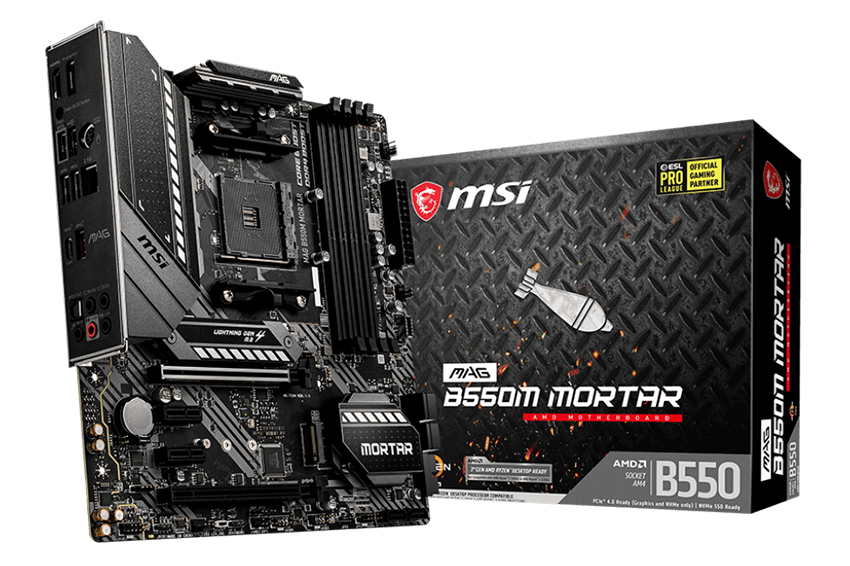 So ending this with entry-level motherboards as both of them are from ASRock and feature the same characters. Price-wise these motherboards are the same, but one is ATX, while the other one is micro-ATX. They have four RAM DIMMs and support memory up to 128GB, and you can also use high-speed memory modules with this board. Overall they are the best choice over x570 chipset for budget users, but the high-end models seem not. Share your opinion with us in the comments section and let us know which motherboard you think is best.