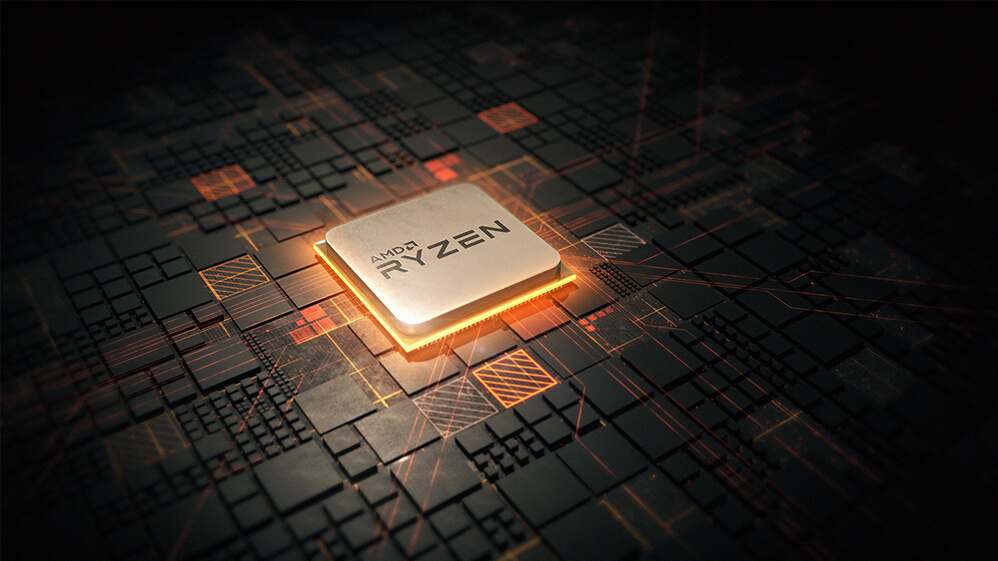 AMD has shipped 553 million GPUs since 2013, 36% of which are discrete graphics cards, according to a study made by Jon Peddie Research (JPR).

Just to make things clear, as GPU can refer to a wide range of products, the study by JPR reports the sales of both discrete GPUs as well as the integrated GPUs and then combining them to get a total figure. 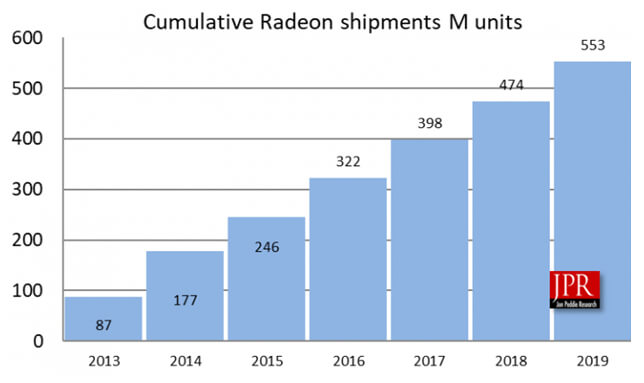 Throughout 2013, AMD’s unit shipments were quite steady but dropped sharply afterwards. 4.9 million GPUs were shipped by AMD in Q1 2014. With a decline of 66%, AMD bottomed out at 1.69 million GPUs in Q2 2015. A worrying aspect was that the increase in cryptocurrency mining may have extremely bad consequences for the AMD’s GPU market share and that is exactly what happened.

Just when AMD launched their new Hawaii refresh in 2013, the cryptocurrency mining increased the GPU prices extremely high. It took months for the situation to settle.

Even though AMD’s Ryzen CPUs do not feature an onboard graphics unit for the most part, but it did provide support to the sales. With the introduction of Zen CPU architecture, which has since dominated the PC building market, the GPU sales have reportedly increased.

If the past successes along with the information provided by JPR in their report show us anything is that the arrival of Xbox Series X and PlayStation 5, both of them built with AMD RDNA 2 architecture and Zen 3 CPUs, and the discrete GPUS with RDNA 2 architecture could further provide some impressive statistics for the Red team in the future. The “Big Navi” by AMD will probably arrive before the next-gen consoles, that is something to look forward to as well.

Related: iPad 2021 will get 5G chipset and Mini-LED panel

AMD is expected to have even greater success in the future. AMD is said to be working on mobile graphics and they are expected to be providing chips to Samsung to be used in their smartphones from the next year. This would further increase the total GPU sales.

Related: What is 5G? Everything You Need to Know About 5G