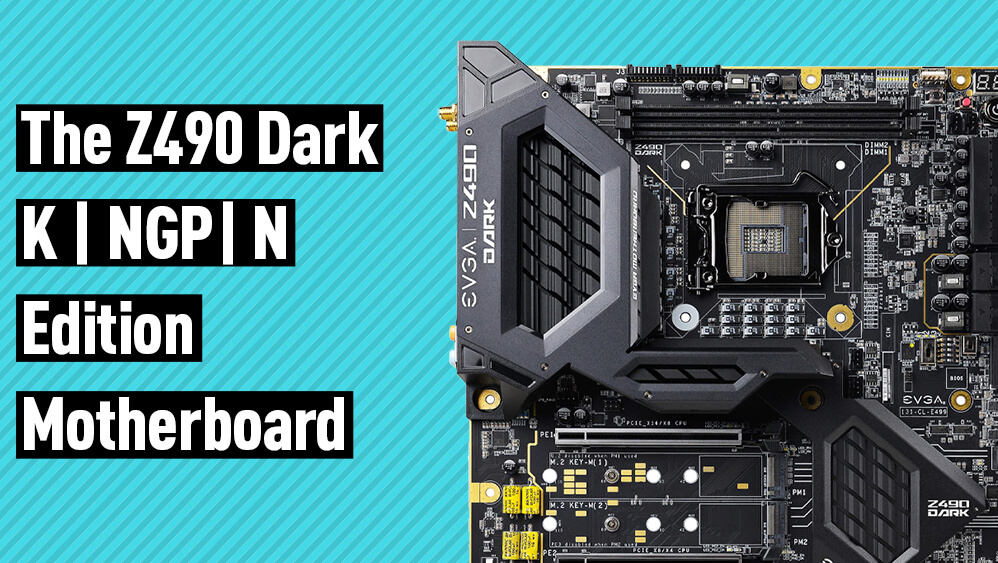 EVGA has unveiled a limited-edition of The Z490 Dark K | NGP|, named after overclocking legend Vince, “K | NGP| N” Lucido, released with his hand-signed signature packaging, and also with improved memory support. However, this edition sports a traditional and acceptable look. The motherboard has an E-ATX category.

The company produces a motherboard on a 10-layer PCB, which is the main reason for improved overclocking and PCB cooling. The power delivery system sticks fast to an 18-phase design and a pair of 8-pin EPS connectors. It will ensure the advanced Comet Lake-S processor will never fail because of power.

The motherboard has multiple attributes that engage overclocking users, such as triple BIOS support, onboard clear CMOS, dual debug LEDs, reset and power buttons, and switches to disable PCIe slots, among all the oriented features. All the eight 4-pin fan headers are in a strategical position over the motherboard.

The K | NGP| N Edition has only two DDR4 memory slots; that’s why it has a 64 GB memory limitation. Its memory support is, however, incredible. Yet there is no clue how EVGA managed to get the extended memory supports on the K | NGP| N Edition. Six native options are added into conventional storage, such as SATA III ports from the chipset, including RAID 0, 1, 5, and 10 supports. 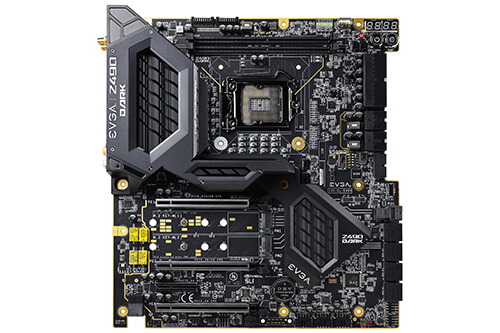 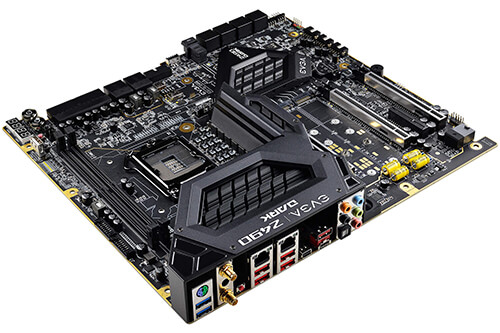 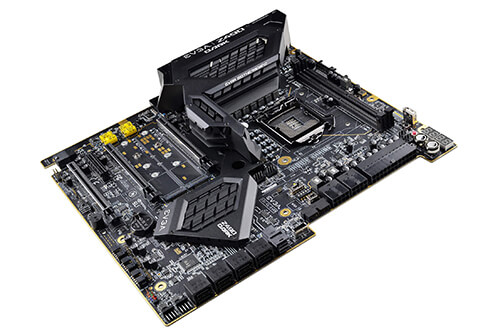 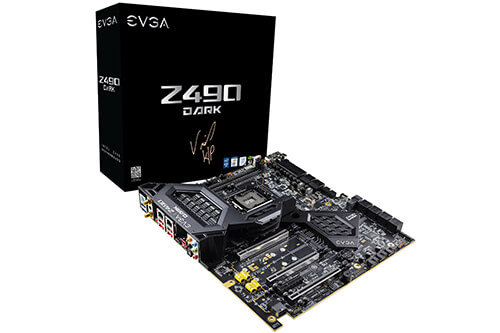 Two more SATA III ports are available from the ASMedia ASM1061 controller. Besides this, one U.2 port is present as well. This Edition also provides two M.2 Key-M slots that extend M.2 drives up to110 mm. The motherboard consists of three PCIe x16 reinforced expanded slots in a 1×16/8, 1×8/4, and 1×4 category.

The Editon also supports Nvidia SLI configurations up to two graphic cards. AnotherPCIe x4 expansion slot is also kept for your other devices. It has two ethernet controllers for the best networking. For expanded connections, EVGA provides the intel Wi-Fi 6 AX201 module to add Bluetooth 5.1 and Wi-Fi 6.

The classy Edition also includes the Realtec ALC1220 audio codec as in charge of the audio paired with its 3D headphone amplifier. On the other hand, it offers two USB 3.2 Gen 1 ports, a PS/2 combo port, five USB 3.2 Gen 2 Type-A ports, one USB 3.2 Gen 2 Type-C port for better connections.

The combo of three USB headers is the booster of USB ports. The Z490 Dark K | NGP| N Edition costs $599.99 and has a limited three-year warranty. Comparatively, it is $100 more expensive than the Dark. You can purchase it on EVGA's online store.